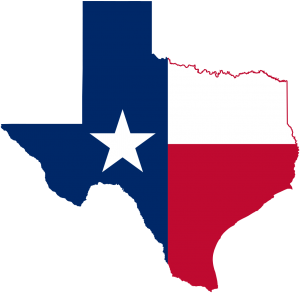 But a lot of people say that thoughts influence energy and actions, both personally, physically, and cosmically, and if that’s so, then all the negative thoughts directed toward Texas these days are having an effect worse than could have been intended.

There are, in Texas, thankfully, many people who don’t fit the “crazy” caricature, politically or spiritually, just as, in the United States, there are many people who are not racists, Muslim-haters, or imperialists, although around the world there are those who think this is so and direct negative energy toward the United States, sometimes manifesting as bombs, sometimes as—well, who knows what.

But perhaps good change would come faster if we all consciously started sending good thoughts out everywhere, even to Texas, instead of giving energy to the worst aspects of any of us, or taking refuge in cynicism, self-righteousness, despair, or hopelessness.

Texas, like the rest of the world in recent years, has endured horrific drought, fires, hurricanes, tornadoes, earthquakes, and floods.  The behaviors of humans around the world have initiated climate change which is, we are told, bringing on these storms, and also, who knows, maybe this stormy effect is increased by all the negative psychic energy pointed one way and then the other way by so many polarized peoples…  (I’m not saying I believe that, I’m just saying…who knows?)

In short, in Texas, we really need some good energy to come our way.  To calm the storms of hate and prejudice and racism and bigotry and ignorance and greed and impoverishment and privilege, as well as the storms of weather.

Perhaps prayer, which, in my opinion, is based in love, not ridicule or criticism, would be helpful.  Some people don’t believe in prayer, but in the midst of a tornado, as in a foxhole, as has often been said, there are no atheists; in crisis we all yearn toward something better, and isn’t that yearning simply non-dogmatic prayer? As one of my good friends said about a hostile and hurtful person in her life, “Finally, we loved her down.”

Let it be so, for Texas, for the United States, and for the world, let us “love down” the worst and raise up the best in all of us.