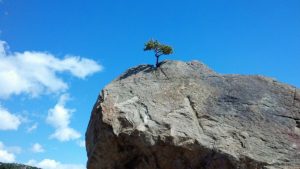 Take heart! Although the news each day seems more and more alarming, the political divisions and unrest, at home and abroad, seem more and more severe, do not think that hope is lost. Consider how many times those who came before us had to struggle through overwhelming situations. The conditions of the world have always been uncertain and ambiguous, challenging and fearful, beautiful and amazing. Throughout the cycles of history, there have been periods when we moved backward and forgot our better natures, and also times when we were able to step forward with clarity and courage for the betterment of all humanity. Most often, both of these have seemed to be happening at once.

Think, for example, of conditions during the American Revolution. Think of the men in Philadelphia, in 1776, after having bravely declared the independence of thirteen separate and very distinct American colonies from the most powerful empire in the world at the time, Great Britain. Consider that those men in Philadelphia, delegates to something they were brashly calling a Continental Congress, weren’t even able to remain in Philadelphia; imagine working feverishly day and night, trying to create a nation, while a massive invasion by a professional, well trained British army forced them to evacuate several times, and Philadelphia was actually captured and occupied by the British. Consider that these delegates received, repeatedly, word from their newly appointed and quite inexperienced general, George Washington, that his army was starving, freezing, without shoes or proper clothing or shelter, and was almost broken. And consider the impasse that these delegates faced in discussions between themselves as they tried to patch together a plan for union of such disparate colonies into one nation.

There were enormous differences between the colonies in religion and culture, in climate and geography, in commerce and laws. With the people of the separate colonies sharing neither a common history nor a common vision of the future, how was there to be union?

There were even differences within each colony as they struggled to come up with that colony’s own statement of governance. The Pennsylvania colony had begun to draft a new state constitution, and conservatives worried that its terms wouldn’t allow enough protection for property and that the state would succumb to a demagogue. People transferred their fear of the King’s misuse of power onto other colonial patriots. Rumor had it that some of the Pennsylvanians were even discussing the assassination of Samuel Adams from Massachusetts, whom they considered too radical. But Samuel Adams soldiered on, talking and talking and talking to every delegate from every colony, urging in the strongest terms the necessity for union.

The Virginia colony rejected many of Thomas Jefferson’s suggestions for their new state constitution. Many of his proposals had concerned civil rights. He wanted to extend the right to vote, guarantee decent treatment for Indians, reform the inheritance laws, and provide for civilian control of the military. As one historian has said, “Jefferson’s Virginia would have been a freer, fairer, more humane society, with full religious freedom and no capital punishment.” But Jefferson watched helplessly from Philadelphia while his fellow Virginians back home turned away from his suggestions and created a constitution less humane. So what did Jefferson then do? He labored on, wrote the first draft of the statement of the declaration of independence of all the colonies. But then, once again, he watched as delegates from South Carolina and Georgia expunged his lines against slavery and, as other delegates, from all sides of the political spectrum, changed many of his strongest sentiments. But compromise the delegates finally did, and the revered Declaration of Independence as we now know it was approved. (A cartoon in a paper in England shortly afterward showed an American reading the Declaration to a public gathering, while a black slave protected the reader, the patriot, the rebel from the sun by holding a huge palm leaf overhead.)

But how was a constitution for a common union to be drawn up? Some of the delegates in Philadelphia detested any central power of government. Some wanted each state to be completely sovereign. Others believed that a strong central government was absolutely necessary to repel foreign attacks and would help to subdue uprisings at home. Some believed in complete democracy, some in an aristocracy, and others in representative government. Men who had previously controlled their colonies were fighting to perpetuate that control. Would there be one representative from each state, even though some states were tiny and others huge? Would representation be by population, with the big cities thus having total control over the rural areas? Even those in favor of union, such as John Adams, had the practical view that it would be difficult to unite an enormous continent, most of it unexplored, under one rule.

There were some apparently irreconcilable differences of opinion.

For example, the delegates debated for days about how to count slaves in the census to determine how many representatives each state might or might not have in a new government, and also how slaves would count as property in determining taxation. In the end it was decided in a compromise that for representation purposes, it took two slaves to equal one free man—a compromise that would not be made “more perfect” for nearly a hundred years.

Meanwhile, General Washington and his ragged, starving, suffering troops fought, withdrew, fought, withdrew, suffered many defeats and a few minor victories. Ragged men’s bare feet froze in the snow and ice and had to be amputated. Starving men boiled their belts to try to get nourishment. Prominent citizens were suddenly discovered to be spies for the British. Weather helped or did not help the cause. Flukes of nature or luck or ignorance determined whole battles. Strategies came unraveled. Pride, vanity, and ambition led many to challenge and debase George Washington publicly. But the Continental Army somehow carried on.

And the members of the Continental Congress carried on. Until at last the mighty, unbeatable British army was forced to surrender and the Americans actually became the United States.

Even then, even afterward, and even unto this day, there has been continuous debate, dissention, compromise, and conflict. Benjamin Franklin was heard to say, “We have a democracy, if we can keep it.”

Yes, we have conflict and dissension today, at home and abroad. But the very value of our country is the freedom to carry on these extraordinary debates, preferably with civility, but certainly without violence.

America is not the only, not the first, country in the world to desire and struggle toward freedom, or to try to improve while still being imperfect. Wherever one may look, in any tradition, political or religious, there are courageous and also outrageous records of human actions and of the capricious fluidity of history. Wisdom and madness.

In this current time, this amazing current time, we will see change and renewal and inspiration and disappointment, all of it. Let us take heart and do our part, each in our own way, consoled by our awareness of the long trajectory of history, of the always present good emerging out of the irony. 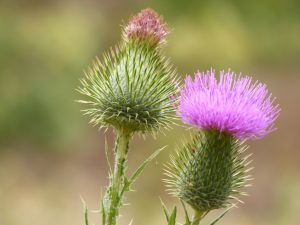 Consider the quotations at the end of this essay. Consider the perplexing contradictions. Consider a prominent Jewish man in 1925 proclaiming the rights of Palestinians to a Zionist congress. Consider Karl Marx, the father of Communism, advising that a state should confine itself to “formal and negative activities.” Consider a man whose life work helped to create the atomic bomb warning about its dangers. Consider the Nazi general spelling out how to get any people to follow along by the use of fear. Consider how nation after nation, person after person, has been in various and often conflicting relationships to “truth.”

Then go outside, please, and look at the moon, or at a flower, or at a child at play. Sit down on the Earth and feel her ongoing, pulsating life, beneath and all around you. Exercise your smile muscles, just for fun. Sing a song you learned when you were ten, or fourteen, before you figured things out. Plant a radish; it grows faster than anything else. Take heart. Hope is not lost. It all may be, it all is confusing, disturbing, fearful, perhaps even disastrous. But, as an old black man said to me once when I was little, when I asked him how he could endure the unfairness of things, he said, “Honey, it ain’t over, it ain’t ever over, things always get along to better some day.” Amen.