From “What Every American Should Know About Women’s History” by Christine Lunardini, Ph.D.

From “What Every American Should Know About Women’s History” by Christine Lunardini, Ph.D. 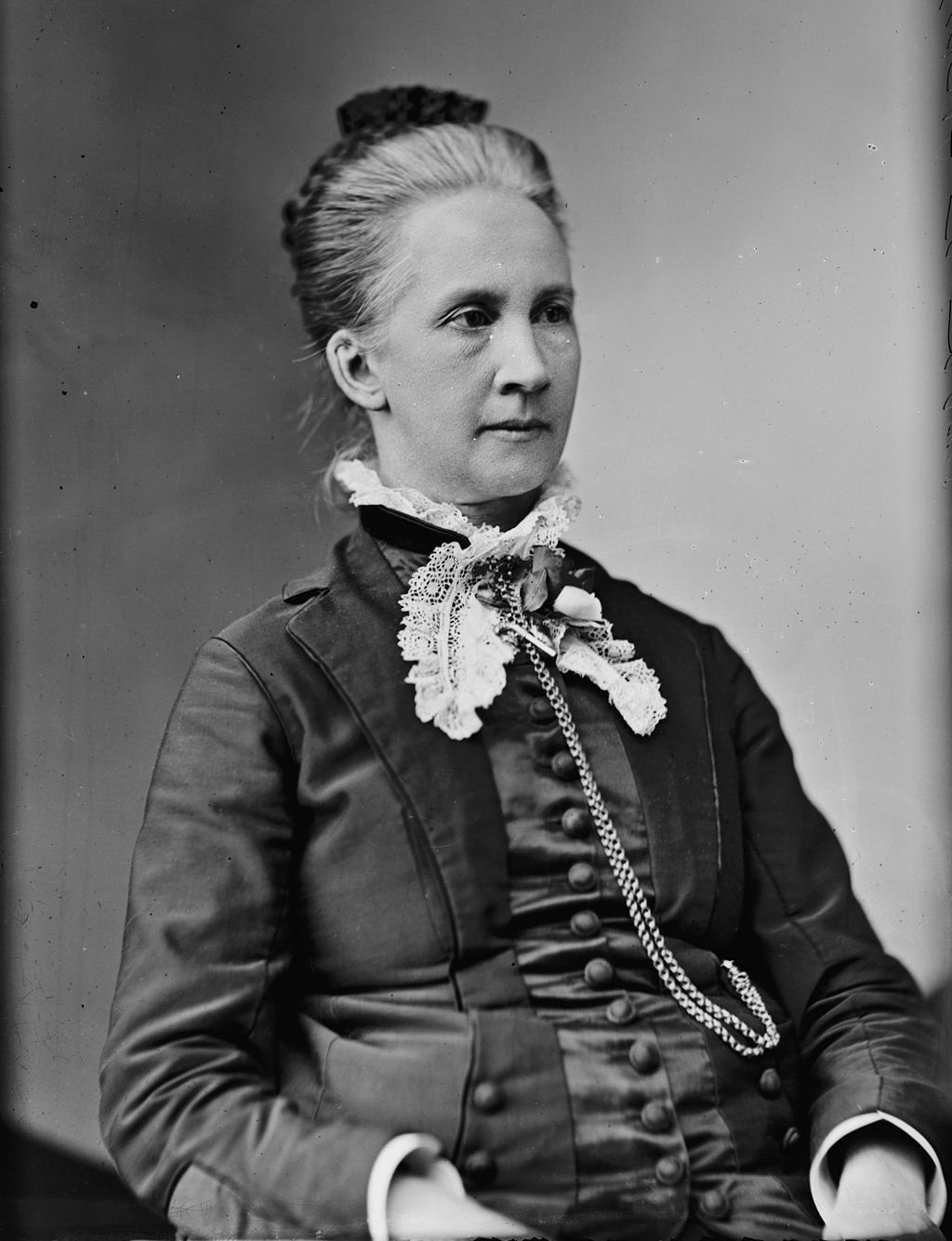 “When Belva Lockwood was widowed for the first time in 1853, she moved with her young daughter to Washington, DC, in hopes of finding suitable employment to support the two of them.  A teacher in her native New York, Lockwood opened a coeducational school in Washington, a novel concept at the time particularly among private schools.  In 1868, she married for a second time, and her husband, Ezekial Lockwood, took over the administration of the school.  For the first time, Lockwood was free to pursue other interests, one of which was to study law.  Lockwood’s interest in the law was partially founded on her interest in promoting women’s rights.

“Finding a law school that would accept her proved no easy task.  Columbian College (Later George Washington University) law school turned down her application, citing the standard response for many universities to which women applied, that her presence in class would be too distracting to the male students.  She was turned down by Georgetown University and Howard University as well.  Finally, however, the newly formed National University Law School accepted her application in 1871.  She completed the required course work in good standing in May 1873.  The school, however, would not award her a diploma immediately.  Lockwood was forced to take proactive steps to get what she had earned.  Appealing to the law school’s ex-officio president, Ulysses S. Grant, Lockwood demanded that she be given her diploma.  Grant, sympathetic to her situation, interceded on her behalf and Lockwood finally received her law degree in September 1873.  Immediately, she was admitted to the bar of the District of Columbia, which, two years earlier, had changed judicial rules in order to allow women to practice law.

“Because the District of Columbia has no state courts, anyone practicing in the district by necessity must have access to the federal court system.  When one of Lockwood’s cases came before the federal court of claims, she was denied the right to plead her cause on the grounds of sex.  In 1876, she petitioned the US Supreme Court.  The Supreme Court rejected her petition, despite Lockwood’s irrefutable logic that if a woman was entitled to practice law, she had to be entitled to pursue legal matters through the highest courts in the land.

“In the midst of this controversy, Lockwood’s elderly husband died in 1877.  Once again, Lockwood was a widow with a compelling need to earn a living, in addition to her right to pursue a fulfilling and meaningful livelihood.  Once again, she fought on her own behalf, lobbying members of Congress to change the laws that made it impossible for  women to practice law fully and without hindrance in the courts system.  Seeking the assistance of prosuffrage Senators, including Arlen Sargent of California and George Hoar of Massachusetts, Lockwood succeeded in securing passage of legislation in 1879 that permitted women lawyers to practice before the Supreme Court.  On March 3 of that year, she became the first woman to do so.  Once she had pleaded a case before the Supreme Court, the court of claims and every other federal courts had to follow suit.  Lockwood’s legislation bought an end to discrimination based on sex in the federal courts and set standards for state courts as well.  To her great credit, her belief in equality led her a year later to sponsor Samuel R. Lowry, the first African-American lawyer to practice before the Supreme Court.”