From “A Sense of the Cosmos: Scientific Knowledge and Spiritual Truth”

From “A Sense of the Cosmos: Scientific Knowledge and Spiritual Truth” 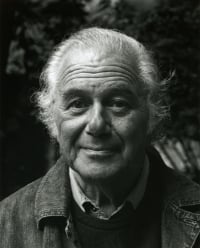 “…Every day, in almost all its branches, the revelations of modern science offer evidence that the universe, reality itself, is alive—alive beyond all imagining.  All those who love science must know this truth in their bones, whatever may be the view officially sanctioned in the corridors of our universities and institutions of research.  In any case, this is, and always has been the view offered by the great spiritual traditions of the world, East and West, in all cultures and at all times previous to our own.

The very word ‘cosmos’ signifies that the universe itself is a living organism, unimaginably vast in its extent and in the depth of its purposes and intelligence—and its beauty and, above all, in its goodness.  And according to these traditions, to know this universe, to know reality, it is necessary for a man or a woman to perceive it with more than the intellect alone.  It is necessary to perceive it with the unique source of perception by which beauty and goodness can be perceived—with the depth and subtlety of the power of feeling.  The power of feeling—not the violence and chaos of what we usually know of as our emotional reactivity—the power of feeling must be joined to the genius of the intellect in order to know the nature of reality.”

We cannot know, so the great spiritual traditions teach, with only one part of the human intelligence.  To know with the intellect alone is to know beings, but not to know Being itself, which is where meaning resides.  And this implies that the true scientist must himself or herself strive to bring together all the parts of oneself, must strive to become an ordered world in oneself as a prerequisite to seeing and knowing the order of the cosmos and the true nature of everything within the cosmos, all life, all elements, all laws and forces.  Then one begins to understand that the great mechanism of the cosmos is an abstraction from, that is to say, an embedded aspect within, the far greater organism that is the universe, reality itself.  Not only in ourselves, in our own bodies, but in everything, everywhere, mechanism exists only as an aspect of organism.  Mechanism is the instrument of organism; mechanism is the instrument of life, it is how life does things.

But to really know how life does thing, it is necessary to know why life does things.  And this cannot be known without the joining together in ourselves of feeling, instinct, and thought. ..

…Here is the truly revolutionary aspect of this ancient vision:  it is tell us that it is impossible for a human individual, for mankind, to have real knowledge without at the same time having virtue.  When it is said—and it is said and seen by everyone now who has any eyes at all—that our knowledge has gone far beyond our morality, this is the same thing as to say that we need to rediscover how to join the attention of the heart to the powers of the mind and the perceptions of the senses.  And this is to say, simply that our being must catch up with our knowing.  We must begin to confront a mysterious directive offered by two of the greatest minds of the twentieth century:  martin Heidegger and G. I. Gurdjiefff.  Each spoke in this own way—Heidegger as a philosopher and Gurdjieff as an ‘awakener’—of the need to think deeply, to ponder, to contemplate the one ultimate question:  the Being of beings.  What can such words mean to us?  And why should they be, how could they be, the most important question that our world has to face?   They sound so abstract, maybe even meaningless, so removed from the flesh-and-blood problems of our world and everyday life.

But step outside one starry night.  Go to a place where the ‘light pollution’ of man-made cities is lessened.  Go to a place out there and in here where our inventions of concepts and explanations no longer obscure the subtle intimations of higher truths within oneself.  And look up at all those shining worlds.

What do you feel?

No, that is not the only question to ask oneself.

The question is:  What do you know?

It is the same question.

Then observe your inner state.  Could you hate?  Could you be overwhelmed by envy and resentment?  Could you dishonor any man or any woman?  Is it not true that your wish to know more and more about the great world around you is now joined to the deep yearning to serve one’s neighbor and whatever it is that  is, for you and for me, God?  Is it not true that no man or woman has ever committed a crime in the state of wonder?  Is it now true that there is such a thing as sacred knowing?  And can there be any real knowing, worthy of the name, that is now embedded in a sense of the sacred out there and in oneself?  Does our world cry out for anything more fundamental than this sense of the cosmos?