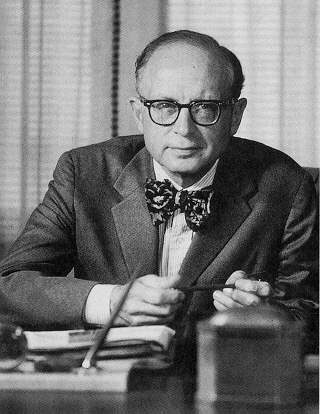 Hindu Concept of “Taking Darsan,” by Daniel J. Boorstin, in The Creators

“Taking darsan means seeing, being seen, in the truest sense of the word.

“What sanctifies the worshiper is no act of conversion, no change of spirit, but the simple act of seeing, the Hindi word darsan. A Hindu goes to a temple not to “worship,” but rather “for darsan,” to see the image of the deity…The Hindu is dazzled by a vision of the holy, not merely holy people but places like the Himalayan peaks where the gods live, or the Ganges which flows from Heaven to Earth, or countless inconspicuous sites where gods or goddesses or unsung heroes showed their divine mettle. The Hindu pilgrims trek hundreds of miles just for another darsan.

“So too the people of India attach a special value to the sight, the darsan, of a saintly person or a great leader. When Mahatma Gandhi crossed India by train, thousands collected along the tracks, gathering at his stopping places for an instant’s glimpse of the Mahatma through a train window. They were “taking his darsan…”

“Darsan is a two-way flow of vision. When the devotee sees the god, so too the god sees the devotee, and the two make contact through their eyes. In building a new temple, even before images of the gods are made, the gods are beseeched to turn a kindly eye on all who come to see them. And when the images of the gods are made, their eyes are the last part completed. Then when the image is consecrated its eyes are finally opened with a golden needle or the touch of a paintbrush. Sometimes large enamel eyes are inserted in the eye sockets. The bulbous or saucer eyes that make Indian paintings of gods seem bizarre to us are clues to the dominance of vision in the Hindu’s relation to his gods. Many gods, like Siva and Ganesa, have a third eye in the center of their forehead. Brahma, the Thousand-Eyes, regularly has four heads, to look in all directions at once, and sometimes he has leopard-spot eyes all over his body. ..

“For the Hindu, and for so multiplex a world, the more gods the better! How could any one god account for so varied a creation? And why not an alternative between monotheism and polytheism? The Oxford Orientalist Max Muller (1823-1900) who introduced the West to the Rig-Veda had to invent a word for the Hindu attitude. Kathenotheism, the worship of one god at a time, described the Hindu way of being awed by the wonders of the Creation. An Olympian democracy allowed the devotee to focus his darsan on one particular god at each moment. But that god was not supreme over all others.

“In this tolerant, ever-growing community of gods and goddesses, each divinity was willing to take a turn receiving the darsan of the faithful. None of the nasty envy of the Greek gods whose festering pride and jealousy motivated the Homeric epics! And how unlike the sovereign Creator-God of the Hebrews and Christians and Muslims. “For I the Lord thy God am a jealous god.” But Vishnu, Siva, and Devi each momentarily seen as creator, sustainer, and supreme power, each surrounded by a galaxy of lesser gods. The Western worshiper is baffled in his quest for a hierarchy among them. The dazzled vision sees no hierarchy but the mystery expressed in every growing thing…”

From The Creators, by Daniel J. Boorstin