I am currently camping out near the Four Corners area of Colorado.  I picked up a Navajo Nation newspaper, and I noted an article citing the Navajo Nation’s reaction to the current border crisis in the U.S.  I excerpt portions of it here as a historial reference that helps us see things through another lense.  Glenda Taylor 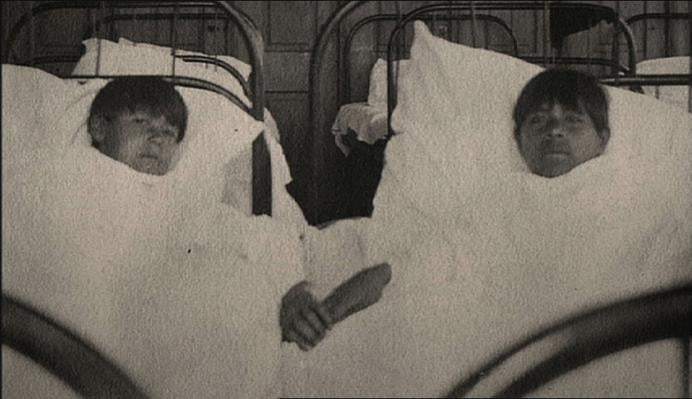 “Many Americans were horrified by the recent news coverage of Central American children being ripped from their parents’ arms by Immigrations agents and placed in holding facilities.

“What country am I living in?” gasped one woman on Facebook in response to a photo of a tearful Mexican toddler reaching for her mother as an ICE agent carried her away.

“But the country’s 5.2 million Native Americans knew exactly which country there were living in.  The same country that, for a century, removed Native children from their homes and placed them in church or BIA boarding schools, with nary a word of outcry from the public.

“…’In our communities, decades of federal boarding school policy removed Native American children from their parents and damaged Native communities in ways we are still dealing with today,’ states a Native American Rights Fund statement decrying the current administration initiative.

“…Leslie Nelson is a tough old Marine Corps veteran, but he admits he cried when he saw the news stories about the families separated at the border.  In fact, even talking about it gets him choked up.  ‘It was emotional for me,’ said Nelson, 75, ‘because I could feel what those children were feeling.’

“Nelson was four when his mother died of tuberculosis in Fort Defiance.  Although his father and many other relatives were still alive, the BIA for some reason declared Nelson orphaned and sent him to live at Good Shepherd Mission.  Nelson never saw his father again and doesn’t even know where he’s buried. ‘When I was old enough, they sent me to Fort Defiance Boarding School, and later, high school in Anadarko, Ok.  I lost my family, my land, my language, my traditions, my customs.’

“In the summers, rather than send him back to his relatives, the BIA sent him to Anglo volunteer host families in the Gallup area.  Sometimes he felt more like the family pet than a foster child.  ‘Look at our little Indian boy!’ he recalled.  (Nelson didn’t meet members of his birth family until he came back to the reservation in his 30s.

“Lori Goodman, a Dine grandmother living in Durango, Colo. Confirmed.  ‘The BIA gave no thought to keeping families together.’  She too felt a pang of familiarity watching the videos of the Central American children, most of whom have indigenous blood and look a lot like Navajo kids.

“It reminded me of going to boarding school…this is going to be with these children for a lifetime.” she said.

“…But the problem with ‘community trauma,’ as sociologists are starting to call trauma inflicted on a group of people over an extended period of time, is that it doesn’t end with one lifetime…A recent study by Kaiser Permanente and the Centers for Disease Control found that ‘adverse childhood experiences,’ knows as ACEs to psychologists, can result later in life in suicidal behavior, substance abuse (Nelson was  heavy drinker for a while), incarceration, domestic violence, obesity, diabetes, heart disease and cancer.  Since this reads like a list of the top health and social ills on the Navajo Nation, it’s pretty likely the Nation continues to experience community trauma.”

“…Maybe if we come forward with our stories, it will open the government’s eyes to the kind of damage they’re doing by separating families,” Nelson said.