A Gift of Wonder

A Gift of Wonder 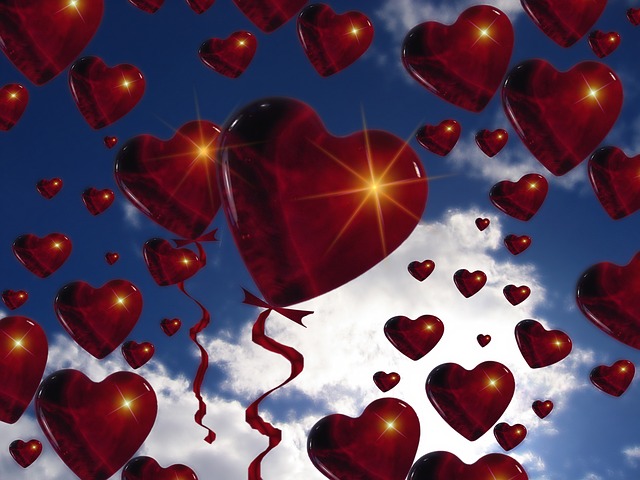 Today is my grandson Jacob’s birthday, and I am pondering some of the ways he has taught me about the mysterious miracles of life.

I remember the time, back when he was only a year and a half, perhaps not that, when his parents and I took Jacob to a doctor’s office. I stayed in the reception room with Jacob while his parents went into another room to fill out forms.

We were there for quite awhile. I kept an eye on Jacob, though he was content to toddle around at my feet, occasionally plopping down on the floor to rest or to inspect my shoe or something else.

I noticed another child in a rather large “infant” seat, a child with obvious neurological difficulties, with an enlarged head and a small body. That child was simply lying there, staring straight ahead, making no eye contact with anyone. He was solemn, even morose looking, apparently trapped inside a deep silence. The parents, seated beside this child, looked so sad, so weary and sad, just sort of slumped there in their chairs. My heart went out to them.

Then little Jacob toddled over toward that child. I started to reach out to pull him back, but something held me still, as it did the child’s parents, for Jacob and this child obviously not only had made eye contact, but had also apparently made some deeper connection.

Jacob stood unsteadily right in front of the other child, and they gazed into each other’s eyes for the longest time. And then, little Jacob began to chuckle ever so softly. The other child smiled then and made a sort of gurgling sound. And Jacob just kept on chuckling, and the other child just kept on smiling, so that his whole face changed. And then Jacob suddenly laughed, a laugh unlike the usual gleeful piercing laughter I was accustomed to hearing from him. His laugh seemed to come from some deep place somewhere inside his little self. And the other child again laughed with his gurgling sound! It was as though these two souls knew some secret that was so special that they could not help laughing.

And Jacob just kept right on laughing, out big and loud, and the child kept smiling at him, on and on, until I and the child’s parents and everyone else in the waiting room began to laugh too, and we all laughed so hard the tears came down, and soon the nurses and receptionists and Jacob’s parents, and everyone in the adjoining room came into the reception room to see what all the laughing was about.

All the while, Jacob never moved, and he and this child continued to maintain eye contact, and to share some divine joy that just spilled over so that the rest of us found it irresistible.

I’ll never forget that moment nor the particular sound of Jacob’s laughter. It was as though we adults were watching a couple of tipsy Buddhas, enjoying a special moment together.

That wasn’t the only time little Jacob astounded us with his ability to communicate in some especially mysterious way. It happened again on an Easter Sunday in church. We arrived late, the church was full, and we had to stand in the back, in the foyer, along with a couple dozen other late comers. Jacob was now a lively, rowdy four year old. But that morning he was unusually well behaved, so cute in his little Sunday best, new shoes shining, little vest all neat, hair all freshly brushed. He was being quiet, and so his parents allowed him to stroll around, checking out the area. From time to time he would come over to lean against my leg, his love so open and his affection so free.

Other children were in the area. Some of them were strolling around too. Soon one little guy, just a toddler, much younger than Jacob, toddled over to Jacob, and there it was again, that same magic. They stood right in front of each other, suddenly very still, gazed into each other’s eyes for the longest time, and then, as Jacob stood perfectly quiet, the little guy leaned forward and Jacob leaned down, and the little guy touched his forehead to Jacob’s and just held it here, as if there were some kind of a “mind-meld” going on.

Everyone in the foyer watched, curiously, while they stood there for a long time, at least a long time for a toddler and a four year old. I don’t know who moved first, but Jacob reached out and held the little boy by his shoulders, and they looked at each other, and then it came again, Jacob’s chuckle, his laughter. Not as long this time, but there it was again, without doubt, the same unmistakable chuckle that bubbled up out of Jacob, until he laughed quite heartily, and so did the little toddler, and so did we all, until we realized that we might create a disturbance to the worship service going on inside the church, so Jacob’s mother quieted Jacob, even as she herself continued to chuckle, as did Jacob.

After that, the same little boy kept coming up to Jacob, and Jacob was so gentle and careful and tender with him that it was hard to remember that Jacob was just four years old. Finally, Jacob sat down and the little one just sat on Jacob’s lap. It was as though they’d known and trusted each other and shared secrets forever.

What a gift to see! These children maintain a connection that we adults …well, we marvel. As far as I was concerned THAT was the worship service right there, those two precious children, in touch with divine joy. The communion of saints. Easter blessings.

One final word about Jacob (yes, I am a shamelessly proud grandmother, not only of Jacob, but of all the little ones who give my life such wonder and joy…)

Jacob’s mother was not so surprised by Jacob’s unusual behavior that Sunday in church. Some short time before that, also at church, as prayers were underway, suddenly his mother noticed that Jacob was quietly crying. She leaned over to him and asked him why he was crying. His reply: “Oh, Mommy, the prayers are so beautiful they just make me cry…”

This is the same Jacob, of course, who at a children’s retreat at Earthsprings, upon watching Jean, Kerry, Morgan, Emma, and Maya present a special dance, with scarves and billowing skirts and graceful movements…Jacob, lying on his tummy beside Christina on the floor, chin propped on his fists, whispered to Christina, “Aren’t they beautiful! I just fall into their hearts…”

I guess Jesus knew what he was talking about when he said, “Let the little children come unto me, for of such is the kingdom of heaven.”

Now, today, my grandson is an adult, close to graduation from university, already having encountered plenty of the kinds of life’s challenges that can shape and reshape anyone’s wonder and deep ability to communicate. But I trust Jacob will always stay in touch with that special mysterious well-spring of joy that he knew so well as a child.

He still frequently calls his grateful grandmother, that’s me, and his call always lifts my spirits. I am so happy to celebrate his special birthday today with this little remembrance, a remembrance that makes me want to say to each of you, in closing, as little Jacob might have had me say, “I fall into all of your hearts, again and again, and into the heart of Life.”