The profound philosophical principles of  Taoism are not readily accessible to the rational mind, unless the rational mind is expanded to comprehend and embrace the experience of an ultimate wholeness which is the Great Tao. 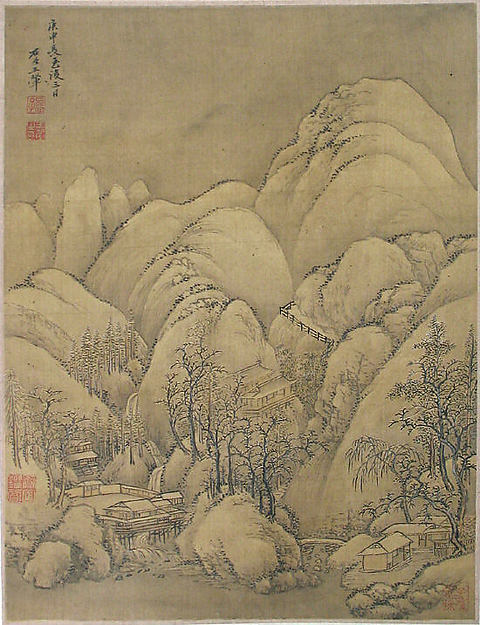 About that, some Westerners might say that Taoism is irrational nonsense, and the Taoists would say, “Yes, indeed!  For the Tao goes beyond the rational, beyond “good sense.”  It insists that one can realize one’s interconnection with all of the “separated” aspects of our world.

The Great Tao is the “Uncarved Block, the Wholeness of Everything, before division and differentiation occur. 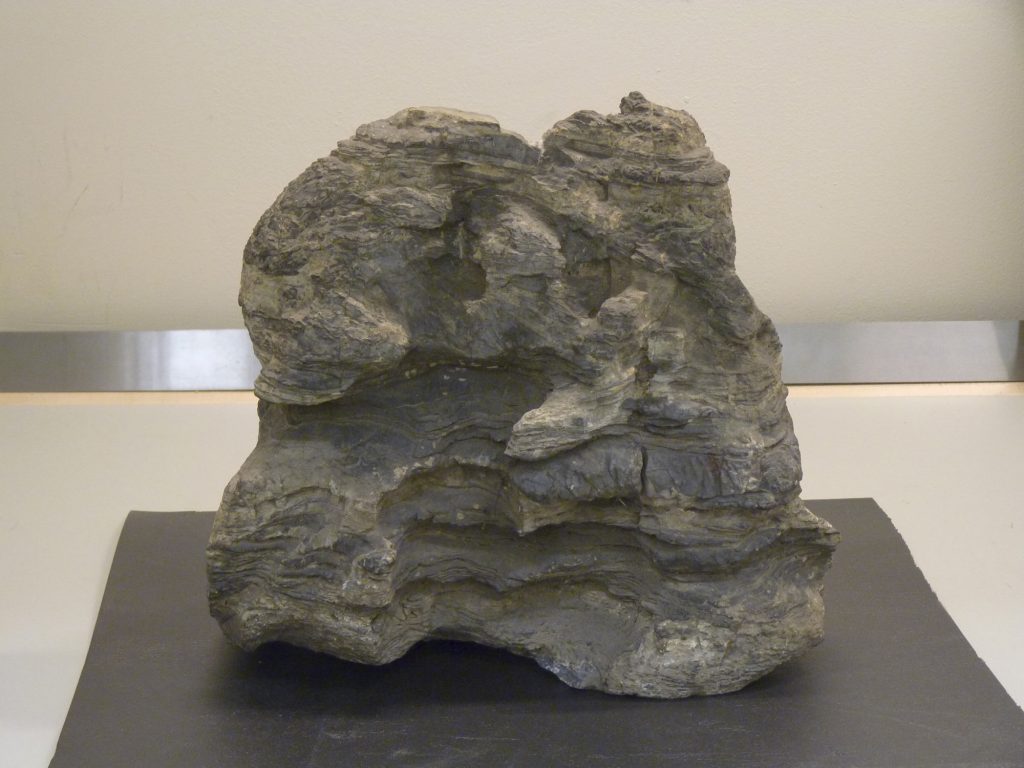 This state of wholeness, according to Taoism, is beyond any concept, beyond even ideas of void or non-void.  Any labeling definition, division and differentiation is a step away from the original state of wholeness.  Again, John Blofeld’s words help us here:

“Landscape paintings convey Taoist concepts more directly than verbal description, especially the idea that the entire cosmos is formed by spirit.  The voidness of the non-void is hinted at by vague expanses of ocean, snow, cloud and mist, and by solid objects which seem just on the point of emerging from or melting into the void.”

Our constantly differentiating mind has some difficult with this.  But even though we live in a world of time and space that demands differentiation, it is possible to return to a state of consciousness that allows a sense of wholeness, and  Taoism is meant to take us back there.  Lao Tse said: “Tao in the world is like a river flowing home to the sea.”

But this does not mean that Taoism takes us “out of this world.”  On the contrary, Taoism would have us understand that every each and all is part and parcel of this wholeness.

The world of time and space, emerging as it may be, is emerging within the wholeness, not separate from it.  We are contained in this wholeness, in this Great Tao, as all else is, and for that reason we are “at one with” everything else.  Again Blofeld, speaking of Taoist paintings:

Man’s triviality in relation to heaven’s vastness is suggested by rolling landscapes in which mortals and their dwelling appear insignificant against the grandeur of their surroundings.  Mountains appear cloud-like; clouds resemble mountains; rocks and tree trunks seem strangely animated, as though peering at the viewer or smiling; or the countours of men and animals are so united with those of natural objects that they appear to be of a single substance.  Apparently trivial objects—say, a dragon-fly perching on a twig—arouse a sudden intuition that each tiny creature is a particularization of a vast and holy universality, an embodiment of the inconceivable Tao.  Everything seems imbued with a portentous mystery on the very point of being unveiled; an eerie feeling is aroused that everything in nature is vibrantly alive.

We are in this wholeness.  Meditating on that reality can take us to a state of consciousness of the Tao, of wholeness, as well as of the truth that all else, equally with us, is important in that great wholeness.

Stopping our busy day-by-day hustle and bustle, our overly analyzing and organizing way of being that insists on division and separation and ownership and all else, stepping out of that way of being to be still enough to remember the “bigger picture,” this is what Taoism encourages us to do.

Lao Tsu cautioned against too much differentiation.  He said:  “Once the whole is divided, the parts need names.  There are already enough names.  One must know when to stop.  Knowing when to stop averts trouble.”

Taoists say that we must occasionally fast the limited rational mind. Not starve it to death, not turn against it, for, they say, the rational mind too has its place, but it is good to keep it in its place, not let it overrun everything else.  So we fast it.

Empty the mind, they say, especially of craving, even the craving for knowledge (my downfall).

“Empty yourself of everything.

The ten thousand things rise and fall while the Self watches their return.

They grow and flourish and then return to the source.

Returning to the source is stillness, which is the way of nature.

The way of nature is unchanging.

Not knowing constancy leads to disaster.

Knowing constancy, the mind is open.

With an open mind, you will be openhearted.

Being openhearted, you will act royally.

Being royal, you will attain the divine.Being divine, you will be at one with the Tao.

Being at one with the Tao is eternal.”

“Occasionally practice no thought,”  is another suggestion.  But they are, of course, speaking of  fasting the thoughts that are entangling, convoluted, abstract kind of thinking, the “monkey mind,” the internal chatter that takes one away from the experience of the actual moment, from the here and now right in front of us, and from the natural flow of things, from the most mystical to the most practical.

So “no thought” doesn’t really mean no thinking, but it means rather having a vital, open-minded alertness, holding the mind attentive instead of discursive, so that what is happening, how things are changing, both within and around us, can be discerned, can be experienced, and can guide is in our actions and reactions.

A certain person approached Lao Tse in his secluded location and asked Lao Tse about a solution to the person’s problem in life.

Lao Tse replied, “Why did you come with all this crowd of people?”

The man, surprised, looked around, but saw, as he had thought, that he was alone.

Lao Tse, in silence, waited for the man to realize that the man’s problems were the result of all the ideas and conventional opinion that he always brought with him.

This “crowd” of ideas, conventional opinion, etc. must be discarded, the mind must be “emptied,” if one is to be free, if one is ultimately to be open to an expanded version of what is “real.”

Much that to Western consciousness can seem unreal, supernatural, or superstitious, to the Taoist’s expanded sense of consciousness seems quite natural.

How we determine what is “real” depends on our perceptions or the place we put our identities.

Many of the Taoist stories, and they love stories, are fantastical tales that manage to convey at once the mystery of things as well as the very practical illustrations of the Tao, of the way of the well-lived life.

Are you able to get comfortable with the nonrigid, non-definitive way of Taoism?  Where is it most difficult?

How can you apply these basic teachings of Taoism in your present day to day life?  Give examples.

Some of the statements in this lesson refer to the Ultimate Reality in a way that is open-ended and ambiguous.  Sit quietly with your eyes closed and consider whether your sense of reality is this “mysterious” or more logically “fact based.”  Consider how comfortable you can be with ambivalence as a fundamental reality.  How does the word Mystery make you feel?  Can you be serene when accepting this approach, since serenity is one of the hallmarks of Taoism?

The notion that everything emerges “within” the wholeness of reality and therefore nothing can be ultimately separate from anything else–this is a deep philosophical statement.  Spend a few minutes of quiet time contemplating this.  Reflect on what it means to you in your ordinary perspective on things.

This lesson admonishes “Occasionally practice no-thought.”  What does that mean?

What is meant by the expression “uncarved block?”

What is the definition of paradox?

What is the distinction between supernatural, scientific, mystical, and “expanded state of consciousness.”

What situations in your ordinary life typically make you anxious?

Sifu:  Wise or Skilled One

Te or Chi:  Innate powerful life force that can be cultivated

Additional Resources you may enjoy:

Taoist Tales, edited by Raymond  Van Over; see his information at http://raymondvanover.com/bio.html

The Importance of Understanding,  and The Wisdom of China and India, both translated from the Chinese by Lin Yutang  (1895-1986)