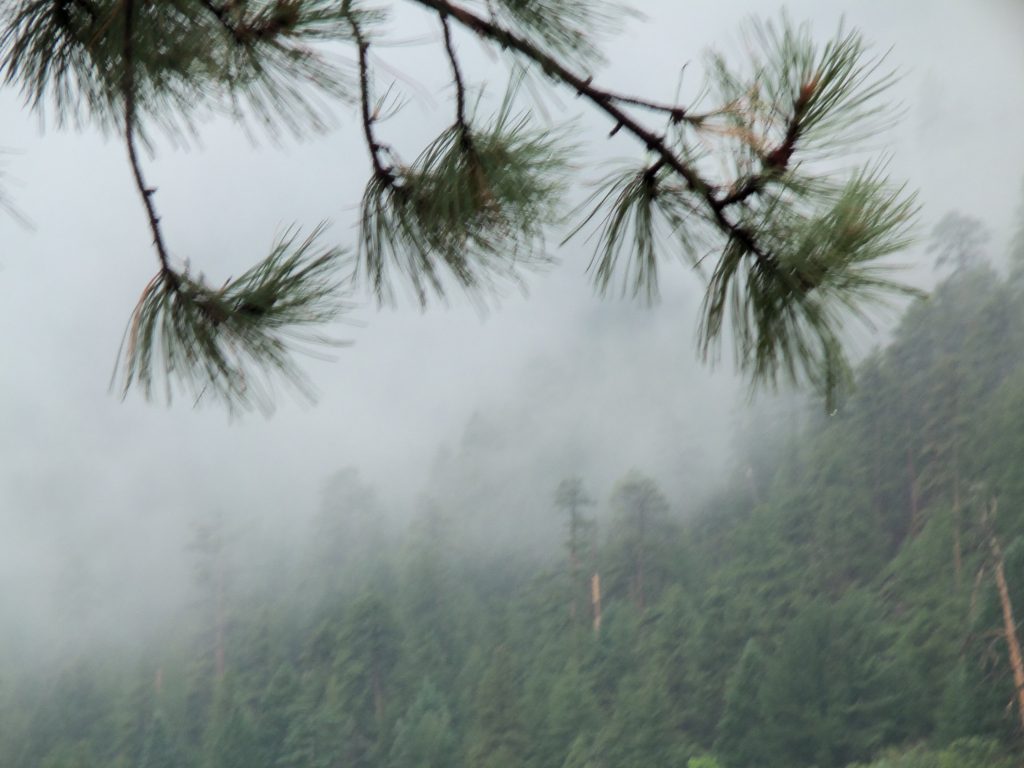 In the Colorado mountains this summer, I again deepen my long-time practice of what I call “listening presence.”

Before arriving here, getting everything ready to make the trip, I was in a flurry of activity and responsibility; it was difficult to be quiet, to settle long enough to listen to much other than the list of things that had to be done that was constantly going off in my head.

Maybe many of us live our lives in that constant inner chatter, or else we are caught up in the outer world noises of work, politics, or whatever.  But most of us recognize the need for periodic rest from all that.  We value a period of quiet.  How we use that quiet time, though, varies.

We may use the quiet to do “inner work,” analyzing and organizing our thoughts, or contemplating some bit of wisdom.  Or we may sink into reverie, replaying memories.  Or we may just catch up on sleep.  As good as all that is, it is not the same as what I call “listening presence.”

I am reminded of a quote from Gordon Hempton, an acoustical environmentalist, who speaks of being “present to silence,” and he describes silence not as an absence of sound but as an absence of noise, the kind of noise, of course, that I have just described.

We know the difference.  There is the noise of car horns blaring or motors running or people shouting angrily at each other.  And there is the sound of birdsong, children’s laughter, a bubbling brook.  Our presence to either of these has strong effects on us.

Noise can have a pronounced physical effect on our brains, resulting in elevated levels of stress hormones. The word “noise” actually comes from a Latin root meaning either queasiness or pain. Epidemiologists demonstrate correlations between high blood pressure and chronic noise, linking noise to sleep loss, heart disease, and tinnitus.

Florence Nightingale once wrote that unnecessary noise, “every careless clatter or banal bit of banter,” can be a source of alarm, distress, and loss of sleep for recovering patients. She even quoted research that identified “sudden noises” as a cause of death among sick children.

In 2011, the World Health Organization concluded that the 340 million residents of western Europe—roughly the same population as that of the United States—annually lost a million years of healthy life because of noise. It also argued that 3,000 heart disease deaths were, at their root, the result of excessive noise.

Silence seems to have the opposite effect, releasing tension in the brain and body.  We need silence.  Silence is not a luxury but a necessity.  In silence the brain is able to let down its sensory guard and restore some of what has been ‘lost’ through excess noise.

Research with rats has found that two hours of silence per day prompted cell development in the hippocampus, the brain region related to the formation of memory.  The silence, or as the scientists also called it, the total “absence of input,” was more valuable for the brain than any actual input was.  “We saw that silence is really helping the new generated cells to differentiate into neurons, and integrate into the system,” researchers said.

A study published in the journal Heart, recording changes in blood pressure and blood circulation in the brain, showed that even two minutes of silence can prove to be restorative.

But this didn’t mean the brain was stilled.  What scientists call the “resting brain” is still active, on another level, in the quiet, constantly scanning, listening, paying attention on a more fundamental level than it is when it is distracted by having to pay attention to one particular thing or to all that noise.

I am reminded of all this by my cat, who is here with me in Colorado, and who, as they say, “sleeps with one eye open.”  But actually it is with one ear open!

As  Gordon Hempton points out, earlids, covering of the ears, never evolved. “Not once do we find it, even in the fossil records. Because while we let our eyes relax, our ears are still hearing. And that’s why alarm clocks work and wake us up. We still gather information. Every animal is gathering information 24/7.  So I like to think of acoustic ecologists as people who are trying to become better listeners, 24/7.”

And, it takes practice!  We generally fill any void in sound stimulus with our thoughts, and even while we are supposedly listening, we may be simultaneously analyzing or judging or considering the subtext or backstory of what we are hearing, or preparing our own response.  Being acute listeners, we may be accustomed to paying attention to the tone, to body language, even to what is not being said.

But, again, that focused kind of critical listening is not what I am referring to.  I mean, rather, a sort of diffuse listening, an awareness, maybe, of the whole field at once, a receptiveness and a stilled presence, an almost vulnerable openness that requires a deep kind of courage.  Courage, because it reveals to us our own jittery self-absorption, our inability to get beyond our own ruminations and sensations, our own agendas and preoccupations.  It invites us to take in and be part of something so much bigger than we normally experience ourselves as being.  It ushers us to the fringes, at least, of that seemingly fearful “nirvana” of losing ourselves in the wholeness of reality.

So that is another level of being present, of establishing our presence to a greater silence, to a deeper stratosphere, to the “music of the spheres,” to the mysterious life force itself, called by innumerable names but always something numinous and sacred.  It is said by poets and environmentalists alike that the Universe is always Speaking, in its own way, sounding out its meaning and wisdom for us to receive. We best resonate with this vaster Presence, this speaking Universe, if we are truly listening, being fully present, showing up to pay attention consciously, with reverence, with what might be described as listening prayer.

And for that, we need a kind of silence, a tuning out of noise, a removal from the cacophony of distracting voices and counter-voices, outer and inner, so that we can hear all that is left!  While many of us have thought of listening as a focusing in on one thing, one person’s voice, perhaps, the listening I am referring to is without focus.

George Hempton wants us to be present to everything at once that is presenting itself to us in the quiet, hopefully without disturbing it, allowing it just “to be heard.”  He says that practicing being present to silence leaves us with a more receptive mind and a more attuned ear, and we become better listeners not only to nature but to each other.

Hampton says, “In that quiet is a whole experience that people can have that reaches to their soul. I like to think of quiet places in nature as the think tank of the soul…And environmentalists have failed to recognize that the preservation of quiet areas, places off-limits to noise pollution, should probably be a number-one environmental concern, not something we’re going to get to later.”

I am so grateful that I am blessed to live in such quiet places as Earthsprings and here in Colorado, and to be able to prayerfully and consciously place myself in the most attentive receptivity of which I am capable.  This I consider my most important function, and my most rewarding one, as I do often experience a sense of connection and resonance with a vastness, a beauty, an intelligence, and a love that is always available to me.  If I am only present and listening.

May the blessings of peaceful quietness and freedom from cacophony and noise be with you, this day and always.

Read articles from which I have taken statistical information here    and here. 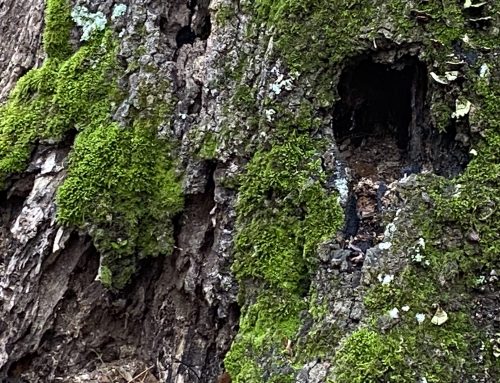 Self So, Lesson Three, Taoism- An Online Course