Descent to the Underworld: Reflections on Part Six

Descent to the Underworld: Reflections on Part Six

Suggestions for Reflection and Discussion

1. If we think of the “underworld” not as a place of the dead, but rather as being the layer of the psyche that is beneath or beyond our conscious awareness (the unconscious, as psychologists call it), how strong is the power and pull of those depths upon your attention?

2. We know that some people come in with the tendency to function more on one level of consciousness than another. Some of us are said to be “naturally more upbeat,” while others are said to be “deep,” etc. How would you characterize yourself?

3. Psychologists encourage us to “ascend and descend the ladder of abstraction, of levels of consciousness,” in a healthy way. Shamen, medicine people, visionaries are able to do this at will, we are told. Psychotics, however, are “taken over” by unconscious contents that overwhelm the ability of the conscious mind to sort out what is happening. How is the story of Persephone’s abduction by Hades an analogy for this?

4. How was Persephone changed in the underworld of Hades? She entered as a naïve innocent girl; she left as the queen of the underworld. What does that mean to you?

5. Do you know what Persephone’s duties were as queen of the underworld? Does that show a maturity of consciousness?

6. Is there a healthy way to have access to a part of consciousness that could be called queen of the underworld, so to speak, in our own lives, that dealt compassionately with the “dead” aspects of our lives, the parts that would perhaps otherwise “haunt” us and interfere with our getting on with any newness in our lives? Can the mature Persephone help us to “let things go” and lay things to rest? How does that work for us?

7. Is the use of various substances to alter consciousness also a partaking of the pomegranate, the fruit of the underworld, or another level of psychic possibility? Do some people get caught or stuck in an induced state of consciousness? Is that a way to describe addiction, apart from any biological consideration?

8. Can we be “addicted” to melancholy, aside from brain chemistry? Are there ways that depression serves us?

9. Demeter could easily be seen as the over-protective and thus limiting aspect of ourselves hat holds us back from expanding our potential, while the immature Persephone could be seen as the reckless, naïve part of us that can be damaged easily. Can you identify those parts in yourself? How does one find a healthy balance?

10. Persephone “ate of the fruit of the underworld,” just as Eve, in another archetypal story, “ate of the fruit of the Garden of Eden.” What is it about the depictions of the so-called archetypal feminine that chooses or can be persuaded to do so? Can this be framed in a positive sense as choosing an expansion of consciousness rather than seeing it as a sin? Surely, the stories tell us, there are desperate consequences. How do we imagine expanding our consciousness with a minimum of danger in the process? Psychologist Carl Jung said that it was dangerous to pull people out of their neurosis prematurely. What does that mean to you? 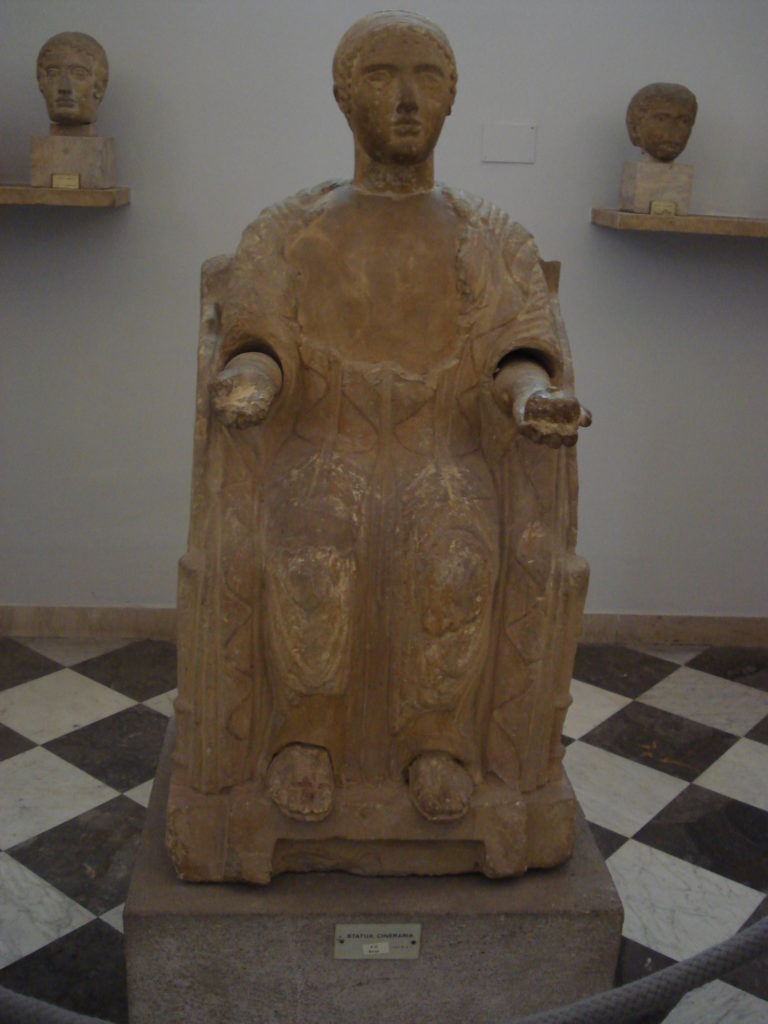 I am eager to share insights and to discuss any of your insights or questions about this lesson.

Quote from next video:

“The penalty for revealing the secrets of these rites was death.”

To proceed to the next video

You can always return to

Lesson Two: Video, A Naïve Persephone on the Edge of Danger, Click Here

Lesson Three: Supplemental Material, Some Non-Greek Versions of the Underworld

Lesson Four: Supplemental Material, Who was Hecate that Observed the Abduction

Lesson Five: Video, Eating of the Fruit of the Underworld