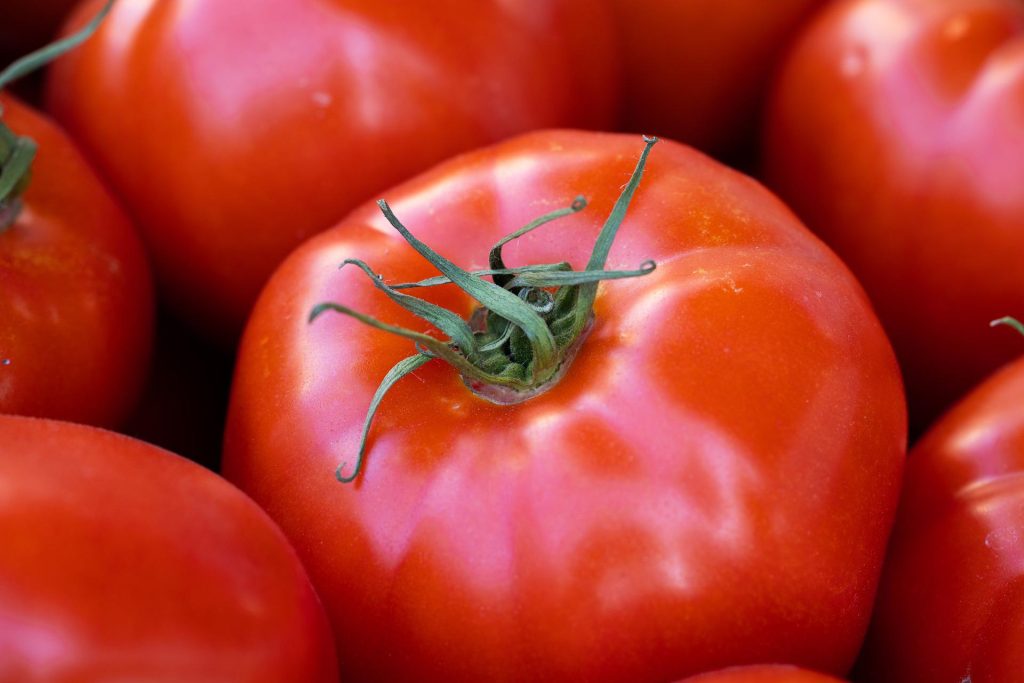 Reports indicate that the cancer fighting ingredient in processed tomatoes is stronger than in fresh tomatoes.  Good reason to can them.

Don’t can green tomatoes;  they may be or become toxic.

Tomatoes that have been hit by frost will not have enough acid for canning, but can be frozen well.  You can simply wash and freeze them whole if you choose.

It is particularly important with tomatoes to use only stainless steel or glass utensils.  The acid in tomatoes can react with aluminum, copper, galvanized or iron, causing bitter flavor and off color.

Remove skins by dropping tomatoes into boiling water for about 30-60 seconds (until you see a crack in the skin somewhere), then removing and plunging into ice water and quickly remove to peels off the skins, which slip off easily.

Sometimes canned tomatoes “separate” in the jar after canning, tomatoes to the top, juice to the bottom, etc.  This can mostly be prevented by working with small batches at a time, heating the tomatoes (as in removing skins above, or by heating in a pan after peeling) before cutting or crushing them.  However, the separation does not harm the tomatoes or their flavor in any way.

Be sure that your clean jars are warm before putting hot tomatoes in them, as abrupt change in temperature could cause the jars to break.  The best way to do this is to put clean empty pints in the pressure cooker or canning pot, add water to the amount needed to process, heat until the water is almost boiling.  Remove the jars with a jar lifter, placing the jars on dishcloth or towel instead of the cold countertop, and then filling them with hot tomatoes.

Modern varieties of tomatoes have a lower acid content, so ½ teaspoon lemon juice or citric acid must be added to each pint when canning.

Follow the timing directions that come with your pressure cooker.  If you are using the water bath method, use the timing chart that comes with the jars or rings.

I add salt to the tomatoes when I can them because that’s what my pressure cooker manual tells me to do.  Some canning cooks say that salt can be omitted if you desire.

Try some spice blends with tomatoes, using, for each pint, approximately 1 teaspoon of each of the following (except the garlic, allspice and cayenne, which you will probably want to use only ½ teaspoon):

For tips on canning in general, see Canning Tips post.