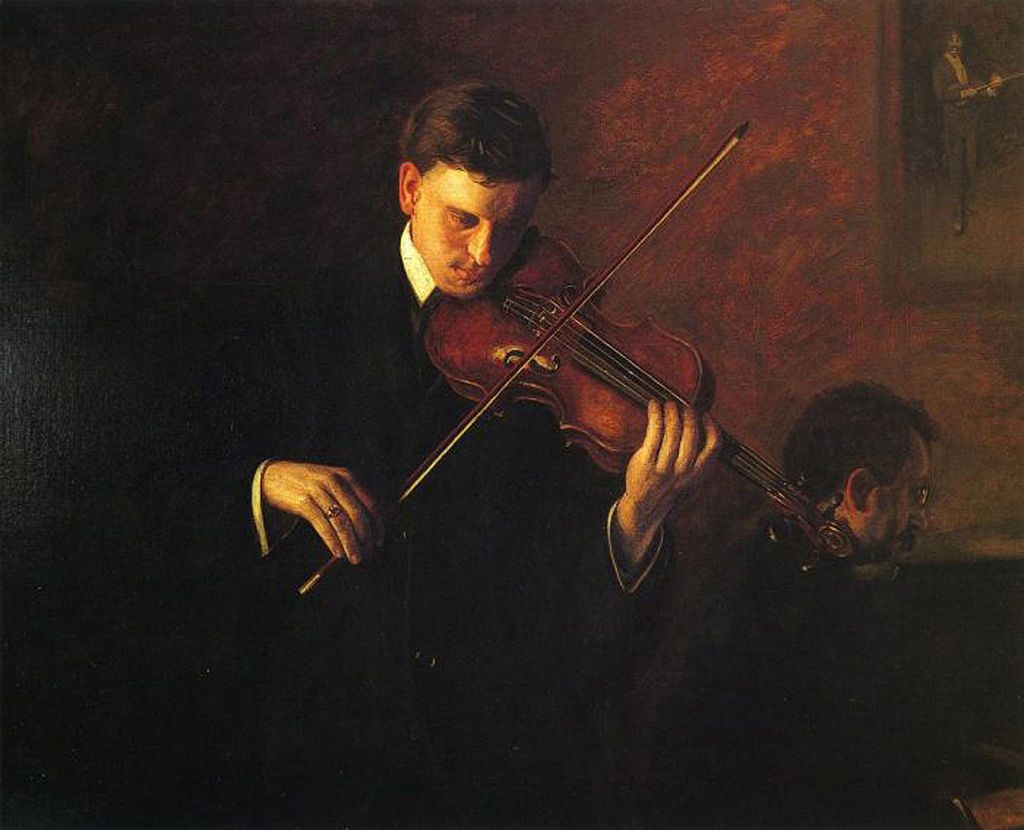 As I was working on this week’s podcast, Resonance, (which you will find here) I looked up some quotations I remembered reading years ago in a work written by Hazrat Inyat Khan, The Mysticism of Sound and Music.  I decided to include a few of those quotations here, along with a variety of others from my files.

My hope is that as we remind ourselves of the importance of the “resonance of our hearts,” we may begin to change the “dissonance” and lack of harmony in our culture today.  The quotations that follow, from a variety of wise people, will, I hope, spark some lively commentary among those viewers of this website who are not only music lovers but also are interested in the resonance of our souls.  (Leave your comments below.)

Let’s start with a quotation from a molecular biologist, co-discoverer of DNA:

Francis Crick: “Consciousness is somehow a by-product of the simultaneous, high frequency firing of neurons in different parts of the brain.  It’s the meshing of these frequencies that generates consciousness, just as tones from individual instruments produce the rich, complex, and seamless sounds of a symphony orchestra.”

Pythagoras:  “Each celestial body, in fact, each and every atom, produces a particular sound on account of its movement, its rhythm or vibration.  All these sounds and vibrations from a universal harmony in which each element, while having its own function and character, contributes to the whole.”

Mitchell Gaynor, M.D:  “ You can look at disease as a form of disharmony.  And there’s no organ system in the body that’s not affected by sound and music and vibration.”

Einstein:  “If I were not a physicist, I would probably be a musician.  I often think in music.  I live my daydreams in music.  I see my life in terms of music.”

George Leonard:  “At the root of all power and motion, there is music and rhythm, the play of patterned frequencies against the matrix of time.  Before we make music, music makes us.”

Leonardo da Vinci:  “Do you know that our soul is composed of harmony.”

Plato:  “Man’s music is seen as a means of restoring the soul, as well as confused and discordant bodily afflictions, to the harmonic proportions that it shares with the world soul of the cosmos.”

Leonard Bernstein:  “I believe that from the earth emerges a musical poetry that is by the nature of its sources tonal.  I believe that these sources cause to exist a phonology of music, which evolves from the universal, and is known as the harmonic series.”

Porphyry:  “Pythagoras based musical education in the first place on certain melodies and rhythm that exercised a healing, a purifying influence on the human actions and passions, restoring ‘Pristine Harmony’ to the souls’ faculties.  He applied the same means to the curing of diseases of both body and mind.”

Hafiz:  “People say that the soul, on hearing the song of creation, entered the body, but in reality, the soul itself was the song.”

Shakespeare:  “There’s not the smallest orb which thou behold’st, but in his motion like an angel sings.”

Doren Antrim: “It has been found that musical vibrations make their impact upon the entire body, being picked up by the nerves, spinal column, and even by the bones.  This is why people who are deaf can react to music.  It has also been demonstrated that music affects the pulse, respiration, and blood pressure; but its deepest effects, and those from which most of its curative properties are derived are mental and emotional.”

Sri Aurobindo:  “Love is the keynote.  Joy is the music.  Knowledge is the performer.  The Infinite All is the composer and audience.”

Carl Jung:  “Deeply listening to music opened up new avenues of research I’d never even dreamed of.  I feel that from now on music should be an essential part of every analysis.”

“Whoever knows the mystery of vibrations indeed knows all things.”

“A keen observation shows that the whole universe is a single mechanism working by the law of rhythm; the rise and fall of the waves, the ebb and flow of the tide, the waxing and waning of the moon, the sunrise and the sunset, the change of the seasons, the moving of the earth and of the planets, the whole cosmic system and the constitution of the entire universe are working under the law of rhythm. Cycles of rhythm, with major and minor cycles.”

“The greatest error of this age is that activity has increased so much that there is little margin left in one’s everyday life for repose.  And response is the secret of all contemplation and meditation, the secret of getting in tune with that aspect of life which is the essence of all things.  When one is not accustomed to take repose, one does not know what is behind one’s being.  This condition is experienced by first preparing the body and the mind by means of purification; and by making the sense fine one is able to tune one’s soul with the whole Being.”

“It is the state of vibrations to which man is tuned that accounts for his soul’s note.”

“The more he is open to all that is beautiful and harmonious, the more his life is tuned to that universal harmony and the more he will show a friendly attitude towards everyone he meets.  His very atmosphere will create music around him.”

“Every sacred scripture, holy picture or spoken word, produces the impression of its identity upon the mirror of the soul; but music stands before the soul without producing any impression of this objective world, in either name or form, thus preparing the soul to realize the infinite.”

“When we pay attention to nature’s music, we find that everything on the Earth contributes to its harmony.”

Return to the podcast on Resonance, Music, and Vibration here.