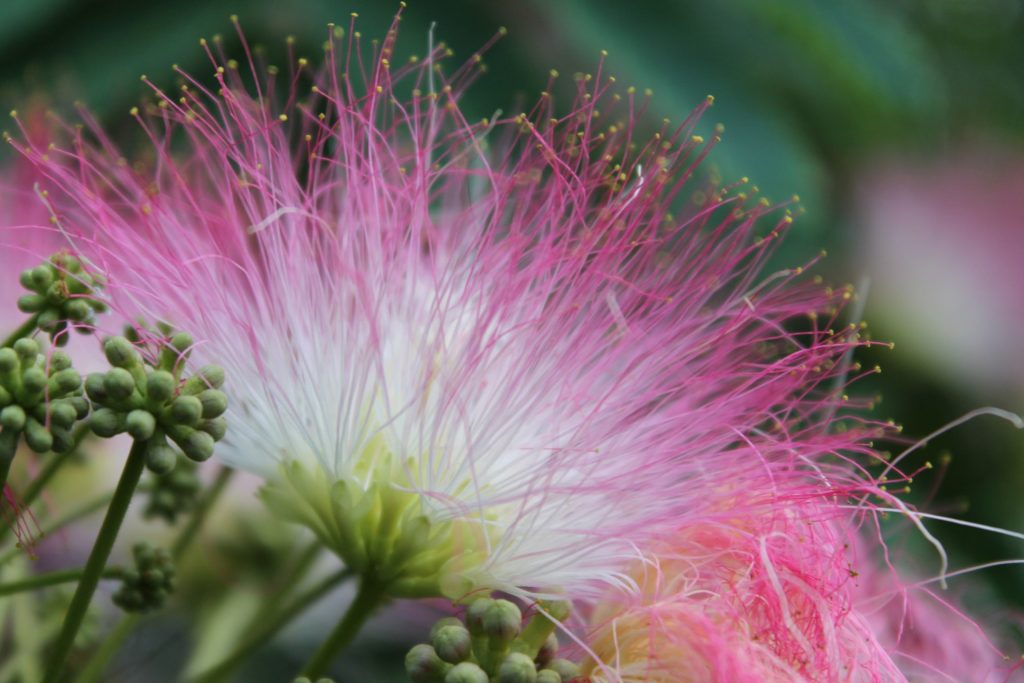 The first flowers I remember
(though there were earlier others, to be sure,
as pictures exist of me, in my Sunday best,
even to a bonnet, smiling, standing before
a blooming plant taller than I am, flower in hand)
came from a packet of seeds sold by some
neighbor kid raising money for a school project,
purchased by my mother for ten cents, cash.

Here’s how they came to be flowers instead of just seeds:

It was hot summer. My new stepfather paused
in his pushing of a hand plow, tilling the new ground,
in that field where he would, year after year,
thereafter, grow garden after garden to feed our family.

With one hand he took the big glass of water
I had brought to him, with the other hand he wiped the sweat
from his face, and then he stood there awhile, studying me,
this solemn, silent, nine-year-old now to be his own.

Later in the day, he came to sit down beside me
on the porch swing, where I was rubbing the dog’s back
with my foot when the swing’s motion brought me near him.

Quickly an agreement was made, and then
my stepfather and I went out to the edge of the field
closest to the house, and we walked back and forth,
and made a big deal of decision.

Eventually a twelve foot square portion of ground
was selected, staked off, marked with twine on sticks.
My very own garden. To do with as I chose.

Having watched him for a few weeks working the soil,
I knew what to do. I weeded, smoothed, sifted,
spaced, planted, watered, and watched, until,
finally, from the contents of that ten-cent packet of seeds
my mother had yielded up to my eager hands,
sprang forth a whole variety of flowers,
color and scent, blossoms and beauty.

Soon after that someone gave my mother
an envelope of seeds that were, they said,
seeds of an exotic new type of tree,
brought from Japan.

I silently moved my eyes to watch carefully
my stepfather’s reaction, as he and his three brothers
were so recently returned from fighting the “Japs”
in the Pacific islands, as well as the Germans in
the North African desert and in the forests of Europe.

But he only narrowed his eyes and walked away.
So I planted those seeds too in my little garden.
In time three Mimosa trees grew and grew,
taller than our house, trees that bloomed
exquisite, delicate, pink blooms for years, even after
both my stepfather and my mother were dead.

The whole thing, from new stepfather
to the feel of soil between my fingers,
to the powerful process of watching
things grow and bloom, these have
marked me for life. I am a lover of flowers, yes,
and a gardener altogether. A grower of things.

I think of all that today, over 80, freshly home from
my four days in hospital, and freshly home from
the store, where, in addition to prescriptions,
I had purchased seeds and two six-packs of six-inch tall
vegetables. When my friend eyed those plants, smiling,
I said to her, “Medicine. Another kind of medicine.
I need my hands in the earth.”  She agreed.

I had asked myself a few years ago, when
my arthritic hands pulled weeds
and my aching back asked me why I do this,
why I keep a garden at my age,

first flowers, I thought, that’s why,

my stepfather’s gift to me,
one among many, honored, carried on.

In my journal, written many years ago,
I now find this passage, that shows the carrying of it:

“My grandson will be here soon, and he too,
like my daughter, has the gift, loving the green things
growing. My grandson will help me pull weeds,
and I’ll tell him the story of my very own
love of plants, of my first memory of flowers,
and I’ll ask him about his first memory, which won’t be
the one I remember, of him in my arms, so small,
as I placed a wildflower in his stubby baby fingers,
as we strolled the boardwalk along Galveston beach,
and he laughed and laughed, clutching the flower.
He won’t remember that. But I do.