Never Needed Any Lessons in Being White, by Gary Stallard

Never Needed Any Lessons in Being White, by Gary Stallard

This article first appearied in the Lufkin Daily News, Lufkin, Texas, June 4, 2020, reprinted  here with permission of the author.

James was my best friend at the time. We were both military recruiters — he was with the Air Force and I with the Marine Corps — and we lived in the same apartment complex.

James had a massive library of blues and jazz CDs. I had the stereo system to do his music justice. We both had keys to each other’s apartments. We played one-on-one basketball late at night, with beverages as our wagers. James was from the Bronx. He was educated and articulate — not to mention around 6-foot-5 — and could talk more smack than anyone I’ve ever met. Bystanders would have thought we hated each other when we competed. They probably were confused when we finally staggered off the court together to go jam some tunes.

One night, James and I were on our way home from a blues concert. We found a little bar in Southeast Texas, and we decided to stop in for beverages and to shoot a little pool. While James racked the balls, I went to the bar to order the beverages. I ordered two.

The barmaid handed me one.

I repeated my order, thinking maybe she hadn’t heard me.

She just stared at me. Finally, she said, “I can serve you, but I can’t serve your friend.”

I had no clue what was happening. In fact, I thought maybe James had been there before and found a way to make himself unwelcome. I even called out, jokingly, “Hey, man, what did you do? They won’t let you drink here.” 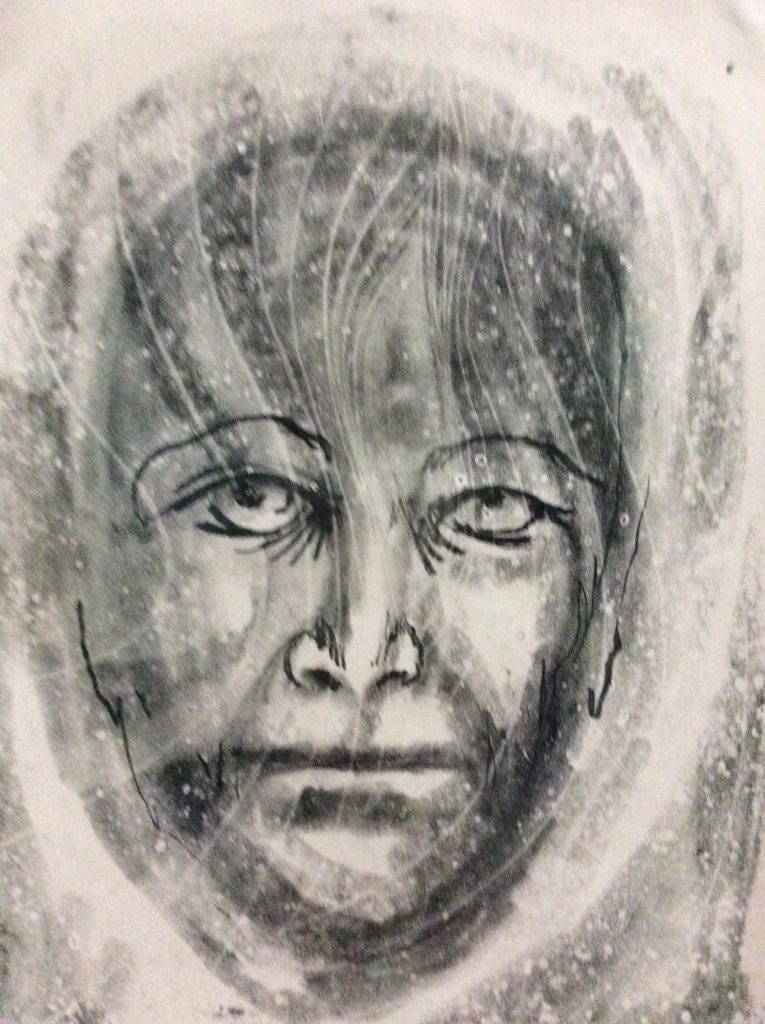 James understood what I didn’t. Immediately. See, he was a black man. He knew the real reason he was refused service.

When he explained it to me, I can only say he handled it better than I did. I made a fool of myself, enough so to have some local law enforcement called to the scene. James, ever classy, guided me out the door. I kept my hands jammed inside my pockets to keep from doing anything more stupid than I’d already done, but James kept his arms outstretched with his hands open.

In my truck on the way home, he explained.

“My mama always told me that if I’m surrounded by strange white folks, I need to make sure they can see my hands.”

Yes. His mother had to teach him how to be black.

Not too many months later, I was running with a kid named Melvin. He’d enlisted in the Marine Corps, and I was his recruiter. I often took my guys running with me. I’d talk to them about what to expect from boot camp, and maybe teach them some of the crazy cadences their drill instructors would call out during formation runs.

On this day, I showed Melvin our route beforehand. We’d start on a little side road, wind through a couple of neighborhoods and end up at a local park.

Melvin was a sprinter in high school. A real track star who’d played on the football team. When he blasted out ahead of me, I wasn’t worried. We were running distance; I figured I’d catch him sooner or later.

He disappeared into one of the neighborhoods, and I eventually caught up to him. He was walking. I thought he’d expended all his wind in his all-out sprint, and I teased him about letting the old man catch up. We finished our run, and that’s when I learned the truth.

The neighborhood we’d entered was an all-white area. Melvin stopped to walk because “My daddy told me never to run through a white neighborhood. Somebody will think I did something wrong.”

Yes. His father had to teach him how to be black.

It didn’t seem to matter that James had proudly served his country for most of his adult life. His education and intelligence made no difference to the people in that stupid little crackerjack box of a bar.

It didn’t matter that Melvin was prepared to do the same: serve his country. People were fine with seeing him run while he wore the school colors on a football field or a track. They probably cheered him on. But God forbid he run through a white neighborhood for any reason.

Discrepancies? Yeah, you could say that. I was naïve at the time, and I couldn’t quite put my (white) finger on it.

As all this recent turmoil unfolds around us, I hear again the term “white privilege.” I didn’t really understand the words when I was younger. What privilege? I grew up with nothing, and anything I had came from my own hard work, I thought.

Later in life, I understood it has nothing to do with what we do or don’t have.

My privilege lies in having never needed a single lesson in how to act white. I never needed tutoring on how to hold my hands in certain situations, or where I could or couldn’t run. I never needed anyone to tell me how I had to act to keep a bad cop from jamming his knee down on my neck until I stopped breathing. My parents didn’t have to tell me not to run through a neighborhood to keep some hero wanna-be’s from following me and shooting me. I’ve never once had to warn my own children not to play with a toy gun in public lest someone mistake them for a threat — and shoot them. I’ve never received counsel on what to do if someone sees my skin color and immediately reacts with suspicion.

I never needed those lessons. How would those conversations even begin? “Hey, son, go have fun, but make sure you act white.”

That there have been, and currently continue to be, so many parents finding it necessary to teach their children such lessons is yet another reminder of how far we as a country still have to go when it comes to achieving anything resembling real equality. I search for the right words, but really, what can I say? I can tell my friends I love and support them, but the truth is I have to hope I’ve done enough to show them before this. Otherwise, anything I offer is just another response or hashtag.

Yeah, it looks as if we’ve still got more than a few of them to learn.

But I still won’t need any lessons in existing (and surviving) inside my own skin — while way too many others will.

Gary Stallard is a sports writer and regular contributor to The Lufkin Daily News, in East Texas.