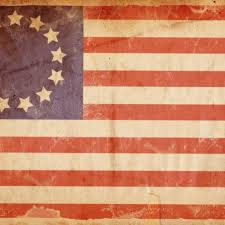 “In 1775, the population in America was 2.5 million.  About one-fifth of all Americans were black, and nearly all of them were slaves living in the South.  In Virginia, slaves were half the population, while in South Carolina, slaves outnumbered white inhabitants, constituting two-thirds of the population. At the time that Jefferson declared that all men were free and equal, about half a million were not.

“Jefferson attempted to protest the wrongs of slavery in our founding document, the Declaration of Independence.  John Adams believed that the passages condemning slavery were the best parts of the Declaration.  Yet the Southern states strongly opposed Jefferson’s position and would not vote for independence so long as it was included.  It was stricken from the final draft.”

“…At the Constitutional Convention of 1787, Southern delegates threatened to withdraw from the plan for union.  Compromises had to be made—as Madison wrote, ‘great as the evil is, a dismemberment of the union would be worse.’  The words ‘slavery’ and ‘slave’ were deliberately left out of the Constitution.  Madison defended the Constitution…as putting the institution of slavery on the path of eventual extermination.

“…The Northwest Ordinance, July 13, 1787, outlawed the spread of slavery in the new territories.  It demonstrated that the founders fundamentally wanted to restrict slavery and that Congress had the power to do it.  When they were given the chance to restrict slavery, they did:  Article VI (Northwest Ordinance) reads:  ‘There shall be neither slavery nor involuntary servitude in the said territory, otherwise than in the punishment of crimes, whereof the party shall have been duly convicted…”   The Ordinance, did not, not grant freedom to slaves who escaped into the new territories; if caught these were required to be returned to their owners.

Patrick Henry wrote about slavery:  “…It is a debt we owe to the purity of our religion, to show that it is at variance with that law which warrants slavery.”

Alexander Hamilton wrote about using former slaves in the Revolutionary War:  “I foresee that this project will have to combat much opposition from prejudice and self-interest.  The contempt we have been taught to entertain for the blacks, makes us fancy many things that are founded neither in reason nor experience; and an un willingness to part with property of so valuable a kind will furnish a thousand arguments to show the impracticability or pernicious tendency of a scheme which requires such a sacrifice.  …An essential part of the plan is to give them their freedom with their muskets.  This will secure their fidelity, animate their courage, and I believe will have a good influence upon those who remain, by opening a door to their emancipation.  This circumstance, I confess, has no small weight in inducing me to wish the success of the project, for the dictates of humanity and true policy equally interest me in favor of this unfortunate class of men.”

Although many of the founding fathers who opposed slavery, nonetheless owned slaves, and their attempted disentanglement from this thing that violated their beliefs and statements eventually show, for example, in the following:

Patrick Henry wrote of slavery:  “…It is a debt we owe to the purity of our religion, to show that it is at variance with that law which warrants slavery.”

In his last will and testament, George Washington freed, upon his wife’s death, all the slaves he held in his own right.  He said:  “To emancipate them during her life, would, though earnestly wished by me, be attended with such insuperable difficulties on account of their intermixture by marriage with the dower negroes…it not being in my power…to manumit them…And if whereas among those who will receive freedom according to this devise, there may be some who from old age or bodily infirmities, and others who on account of their infancy, that will be unable to support themselves, it is my will and desire that all (those) shall be comfortably clothed and fed by my heirs while they live; …to be taught to read and write, and to be brought up to some useful occupation…seeing that a regular and permanent fund be established for their support so long as there are subjects requiring it; not trusting to the uncertain provision to be made by individuals.”

All of the former is quoted from the book Spirit of America, by William J. Bennett

Statistics cited in Bernard Bailyn, The Great Republic: A History of the American People.